I have created a new visual which I will include with the daily updates going forward. It's a visual using the daily testing figures to plot 2 data points:

1) Daily positive test rate - this is the daily positive cases vs the number of daily tests completed, expressed as a percentage.

This visual will flow in a similar way to the daily case visual. It's an excellent indicator of the level of viral prevalence we have in NS. You can see that between mid March and mid May our daily positive test rates were above 2%, typically above 3% and as high as 7%. Since then, it's been consistently well under 1%, and of course often at 0%. In fact, since June 1, the positive test rate has been just 0.075% (7.5 positive tests for every 10000 tests performed) with just 28 cases and nearly 40000 tests completed. I do also believe that each of these 28 cases has been travel related and not a single case was unable to be successfully contact traced. 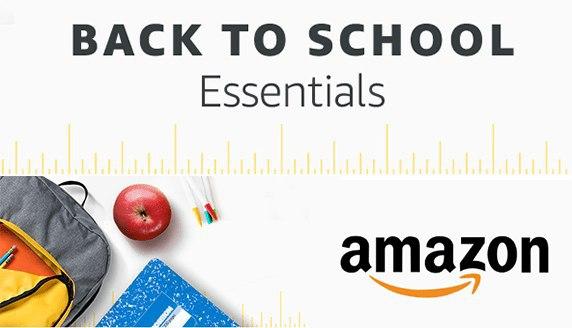 From June 1 to July 31 (prior to mandatory masks), the positive test rate was 0.055% (12 positive cases and over 21000 tests). From August 1 to present, the positive test rate has been 0.1%, or about twice as high as the pre-mandatory mask rate. Now, I am not trying to say that masks have made anything worse, as that simply isn't practical. There are reasons for more positive tests, including students returning. The point is, in both scenarios we have been just as "open" and there is the equivalent lack of any community cases. There couldn't be better evidence that masks have not kept anyone safe compared to before masks were mandatory and worn by far fewer people. These blanket, heavy handed approaches are not based on science, data, evidence or reality and that's the most frustrating part.

I would be on board with a mask policy that mandated them in places where it's highly likely that distancing cannot be maintained AND you may be near the same people for extended periods of time (15 minutes or more). These are the conditions ripe for COVID-19 transmission. Contact tracing apps only alert you of potential exposure if you are determined to have been within 6 feet of an infected person for at least 15 minutes. Dr Strang reiterated this criteria for determining who would be classed as a high risk individual for exposure in a school setting. It's based on the principal that "COVID-19 Transmission = Exposure + Time". Given social distancing is still an integral part of the emergency order, and activities that do not allow for distancing are still not permitted, I genuinely can't think of a scenario where these criteria would be met for the general public. It wouldn't happen in a gym, restaurant, grocery store, mall, gas station, registry of motor vehicles or any other place I can think of. In nearly all these scenarios, social distancing is easy. In the times it isn't, it's typically only for a moment (passing someone in a grocery store). Where you might be near someone for 15 minutes or more, social distancing would be ensured much more rigidly (waiting rooms etc...). This is precisely why we haven't had any cases in these situations/places where masks are now mandatory (before or after the mandate) because it's nearly impossible to become infected (contract enough viral load) when you are not standing right in front of an infected person for an extended period of time. This is why basically all cases occur at home, work or in places like care homes because you get both the time and exposure elements of the transmission formula. Being cautious for the sake of being cautious isn't prudent when the clear and direct evidence points to the policy having exactly zero impact but the negative impacts on society are real.

Mask wearing in care homes makes sense for obvious reasons. Masks can also at least be reasonably justified in settings such as hair salons and Doctor's appointments where you are in front of the same person for an extended period of time. Even though the risk in NS would still be effectively zero, the principal would at least have merit based on science and evidence. Yet here we are... I digress.

Then you have the 10 person bubble, which has been in place pushing 3 months now. What is the criteria for opening that up more? We couldn't have any less viral prevalence in our communities yet we still can't have a summer BBQ with 15 friends and family? What does that mean for Christmas gatherings? The problem with the Nova Scotia response from day one has been a lack of real communication. We were initially given vague goals such as flatten the curve, but then those goal posts were moved to another field altogether. We were told we had to wear masks when we hadn't had any community spread in months. We have no information on what we need to achieve in order to be able to remove masks or gather with more of our friends and family, and very few people seem to be even asking these questions, which is likely why the Province hasn't felt the need to answer them. I suspect those answers don't exist. Since the new goal is quite clearly to avoid all cases, no matter the cost, it would seem we are being told (subtly) that these restrictions are in place until the pandemic is over, whatever that actually means.