NS has 2 new deaths today, both occurred at Northwood, unfortunately. 25/31 (81%) NS deaths are from Northwood and 29/31 are from long term care in general (10 different facilities are reporting cases). As it stands, 94% (+1%) of deaths and 37% (+1%) of all cases (348/963) are from long term care facilities. Outside of LTC, NS continues to perform very well day after day. Yesterday, 866 tests were completed with just 4 new cases reported, by far the best day yet. 66% (+1%) of ALL cases since day 1 are now concluded. As of yesterday, I estimate just 62 cases are active outside of LTC facilities (New visual will be updated daily once Northwood updates their figures, see previous post today)

Note, the 3rd visual I changed the vertical axis so it only shows a max increased of 50%,this is to allow you to better see the change in results since they are typically in the 5% range or less for each country now 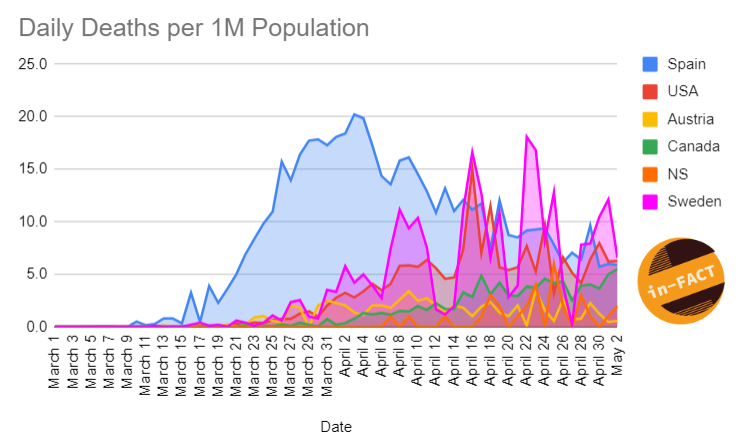 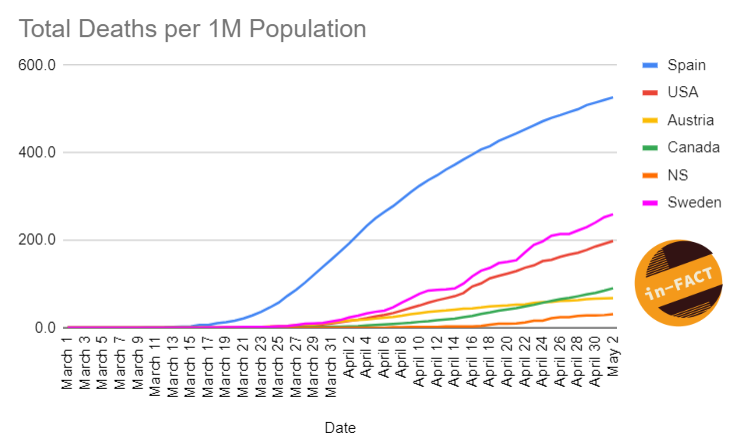 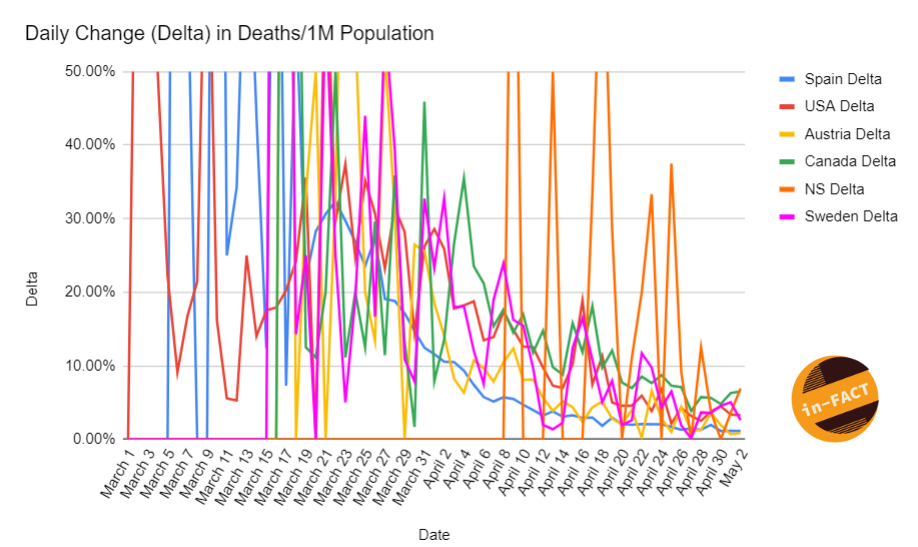 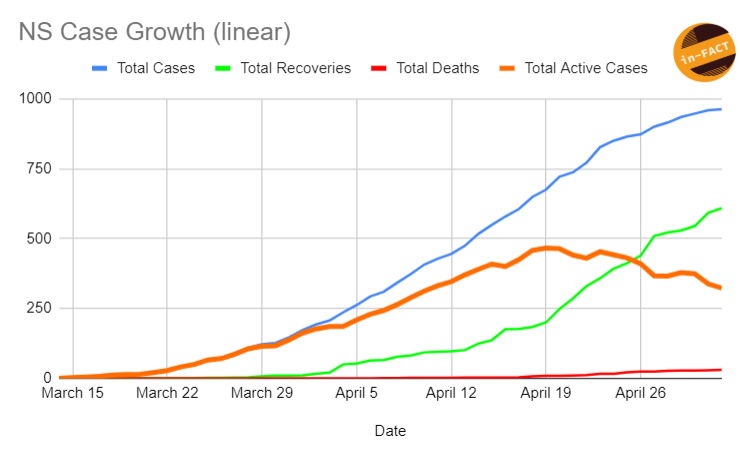