I was asked if I could do a comparison between provinces, so here is what I put together:

Nunavut is the only place in Canada without a reported case, and the Yukon, NWT, PEI and NB still have 0 deaths, which is excellent news. NS still in very good shape and well under the national average (5x under), and the numbers we do have are exacerbated by a concern within long term care facilities that I am unsure is impacting places like Sask and Manitoba that have a slightly lower death rate.

Regarding testing, NS has the highest testing rate in Canada (next to the NWT but they only have a population of 40,000 so the 1500 tests they have done is comparatively large) and among the highest in the world, bested only by a handful of countries such as Iceland, Luxembourg, Bahrain, Switzerland, Norway and Portugal. The NS testing rate is 50% higher than the Canadian avg. 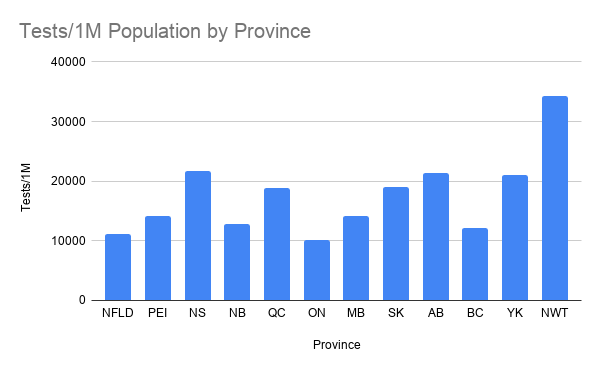