NS has 2 new deaths today, both of which are from Northwood. 18/24 of NS deaths are from Northwood and 22/24 are from long term care in general (10 different facilities are reporting cases). As it stands, 92% of deaths and 33% of all cases (292/873) are from long term care facilities. I suspect that we will see more from Northwood before measures they implemented will pay off. Outside of LTC, NS continues to perform very well, 673 tests were completed and only 8 new cases, some of which are no doubt in LTC. That itself is absolutely amazing news. The LTC issues are a failure within that system, and not a reflection of the performance of NS as a whole, which otherwise has just 2 deaths and under 600 cases. A note, over 53% of ALL cases since day 1 are now concluded, and this number is increasing daily. 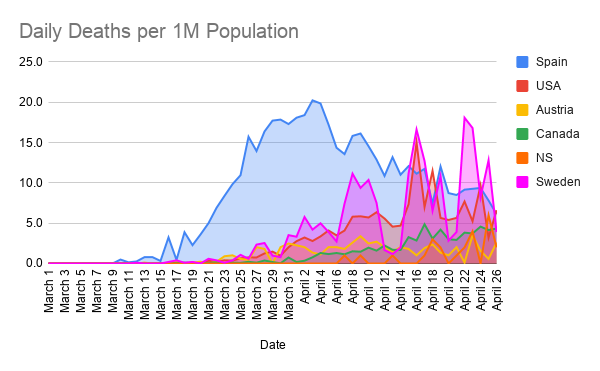 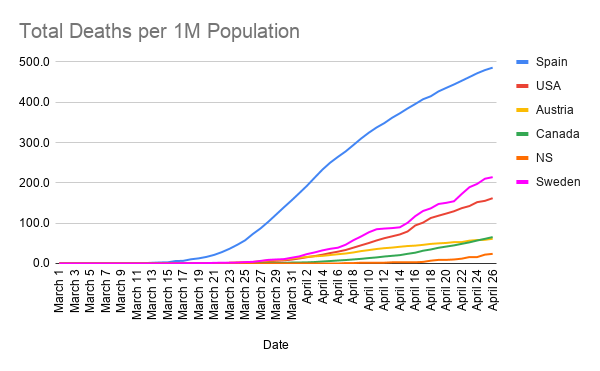 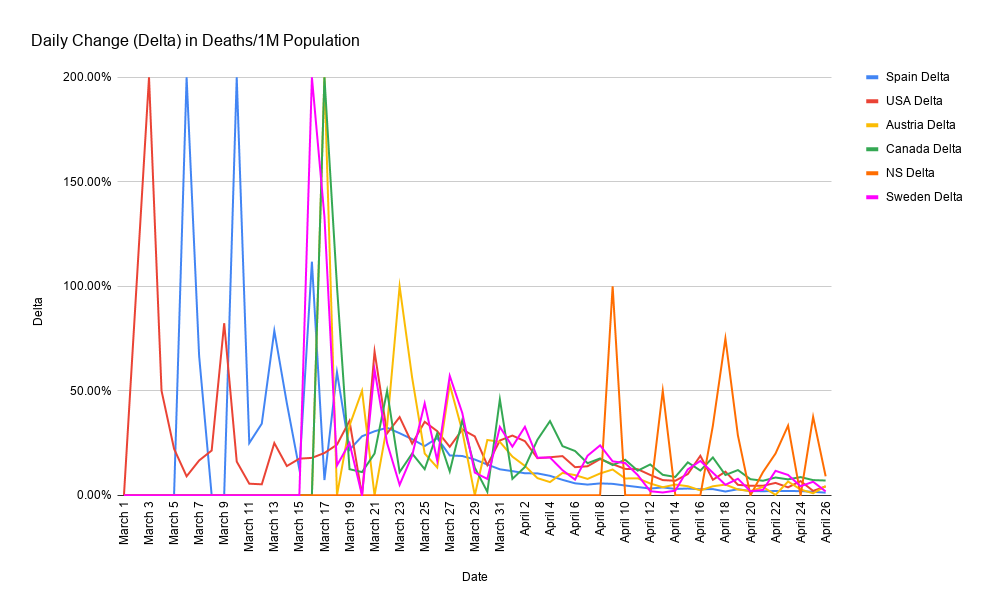